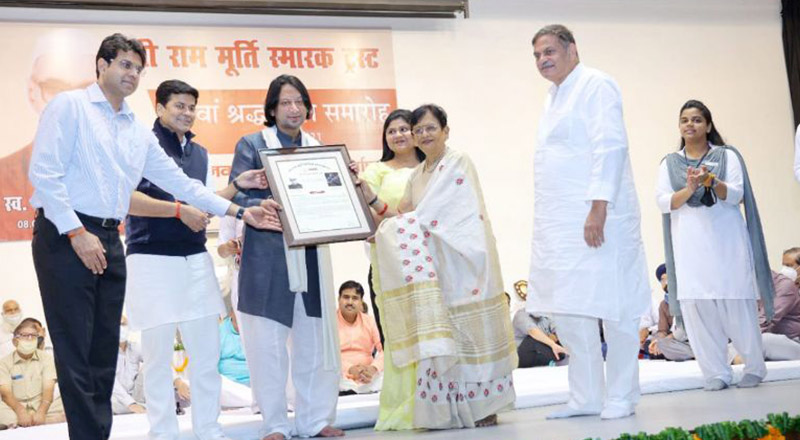 “Gratitude is not only the memory but the homage of the heart rendered to God for his Goodness.”

Commemorating the altruism of late Shri Ram Murti Ji, who was a true Gandhian, veteran freedom fighter, and much more, SRMS cherishes his contributions through the promotion of education and research which was established in year 1990.

The event commencedwith the lamp lightening ceremony and some religious songs of praise which filled the auditorium with sanguine vibes. City mayor Dr. Umesh Gautam graced the occasion with his benign presence. Ashish Kumar Sir threw light on the stupendous life of late Shri Ram MurtiJi on his 33rd tribute ceremony. Thereafter, Aditya Murti Sir (Secretary SRMS Trust) spoke upon the laudable accomplishments of SRMS trust over the years. The spectators were bewitched by the awe- inspiring acts of charity and magnanimity done by late Shri Ram Murti Ji. After Chairman Sir’s words of motivation, the much awaited “Pratibha Alankran samaroh” began. Shri Jayant Krishna Ji and Ustad Shakhir Khan were bestowed with graces and honor. The winners of debate and story telling competition were given shields and cash prizes to praise their efforts.

It was a moment of pride for all the deserving and meritorious students when they were bestowed with the scholarship prize money after immense hard work and perseverance. There were total 800 scholarship recipients from IBS, IMS, SRMS Unnao, SRMS CETR, SRMS CET, Nursing College and Paramedical College.

Finally, the event concluded with the vote of thanks by Dean Academics Dr. Prabhakar Gupta. 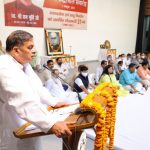 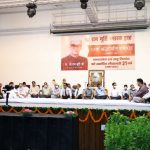 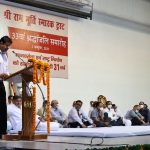 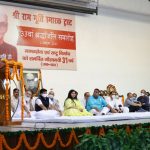 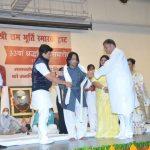 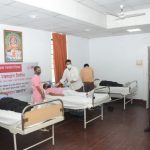 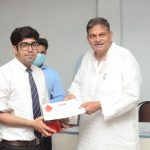 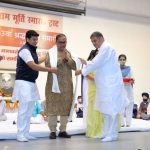 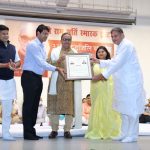 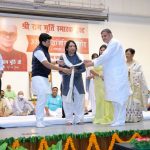 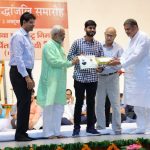 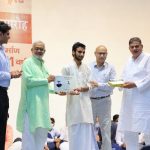 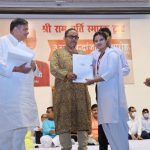 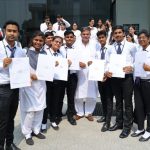 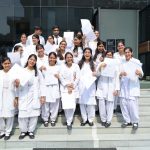 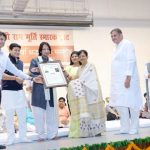 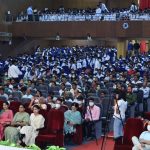