The Department of Pulmonary Medicine has a multifaceted role. In addition to serving respiratory patients, the Intensive Care Unit is also managed on a full time basis.

Advanced investigations such as Fiberoptic bronchoscopy, bronchoscopic biopsy, bronchoal-veolar lavage, bronchoscopic foreign body removal etc are being performed. In conjunction with the Department of Radiotherapy, Carcinoma Lung/Pleura cases are being detected and managed by a dedicated team. Several specialized clinic like asthma/allergy clinic, COPD and pulmonary rehabilitation clinic, DOTS centre and MDR/XDR TB clinic in association with the department of microbiology are being successfully run by the department. Poly somnogrphy and thoracoscopy have been started and advance pulmonary function testing techniques like DLCO has been planned and will be initiated soon.

The Department has organised three national level conferences. In the year 2008, the 1 Pulmonary and Critical Care Update was organised. In the year 2010, the first ever UP-Uttarakhand State Chapter Conference of Indian Society of Critical Care Medicine (ISCCM) was organised at Nainital. Critical Care Changing Trends-2013 was conducted in 11th & 12th May 2013 at Jim Corbett in association with ISCCM, Bareilly. The department also organized a workshop on february 2015 on interventional pulmonology (EBOS, Thoracoscopy). 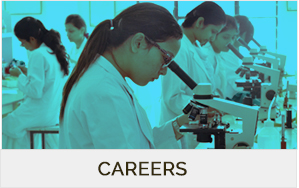