Another thrilling performance was carried out on 9th Nov. 2016 by our very own college rock band infarction with Prateek Mishra the founding member of the band and Satwik Jaiswal with their mesmerizing voice took the crowd off their feet and with the lead guitar by Batsal Gupta knocked the people awestruck with his amazing guitar solos.

Mentioning of amazing the rhythm guitarist and vocalist Prakhar Bhatt enthralled the audience and captivated their minds with his inspiring performance and also gave is a few soulful acoustic performances. Also the band drummer Pranay Sah gave a mind blowing drum solo to further add to the awesomeness of the show.

Further adding to the charm was band’s bass guitarist Harshit Bhatt who played some tricky stuff on bass. Siddharth Mangla who was a back bone to the band’s music with amazing keyboard playing skills and Deepankar Yadav giving a classical touch to a few songs through his table.

Overall it was a sensational musical experience with songs like Bulleya, Sajni, songs by Avenged Sevenfold & few other popular Desi and Western hits which turned out to be a majestic evening. 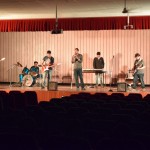 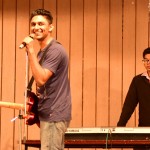 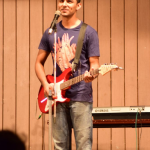 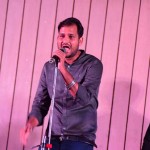