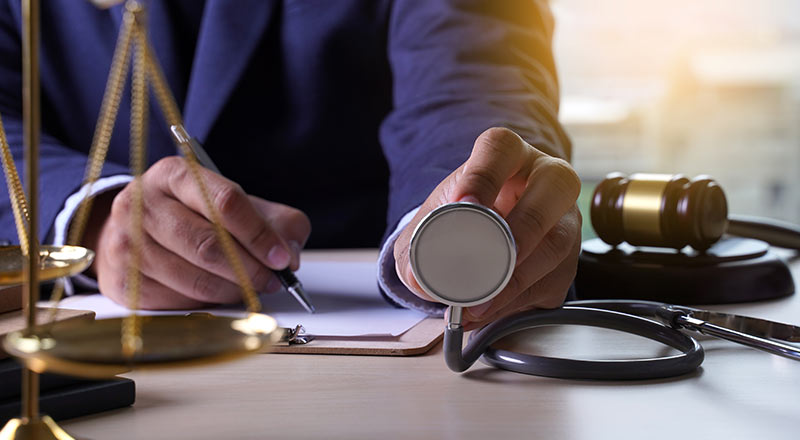 Negligence means failure to take proper care of something OR breach of duty of care which results in damage. Criminal Negligence is statutorily embodied in section 304A of Indian Penal Code (IPC) – Causing Death by negligence: “Whoever causes the death of any person by doing any rash or negligent act not amounting to culpable homicide, shall be punished with imprisonment of either description for a term which may extend to two years. Or with fine, or with both”. Section 299 and section 304A are mutually exclusive i.e. if death is caused by negligent act then it cannot be culpable homicide, and even if charge of 304 (punishment for culpable homicide not amounting to murder) & 304A both are framed then charge of section 304A would fail the moment Culpable homicide is proved.

“Rash or negligent act” is not Actus reus in 304A, rather actus reus is death. “Rash or Negligent act is Mens rea in section 304A. It was held in Jacob Mathew V/s State of Punjab (2005) by Supreme Court that whenever act is done rashly or negligently, then mind is in reckless state i.e. indifferent mind. The term Rash means, doing a hazardous or wanton act with an indifference towards the consequences and negligence means duty of care and such duty was breached for e.g. whenever a person is driving a car such person has duty towards people on road. In both (Rash & Negligent) there is an indifferent attitude in mind of accused, who may be hoping that no wrong be committed still he undertakes that wrongful act with an indifferent attitude towards the consequence.

However despite of gross negligence the Doctors shouldn’t be arrested perse, prima facie there has to be concurrent opinion of Government Doctor for such arrest, provided in Jacob Mathew V/s State of Punjab (2005) by Supreme Court as a guideline for arrest.