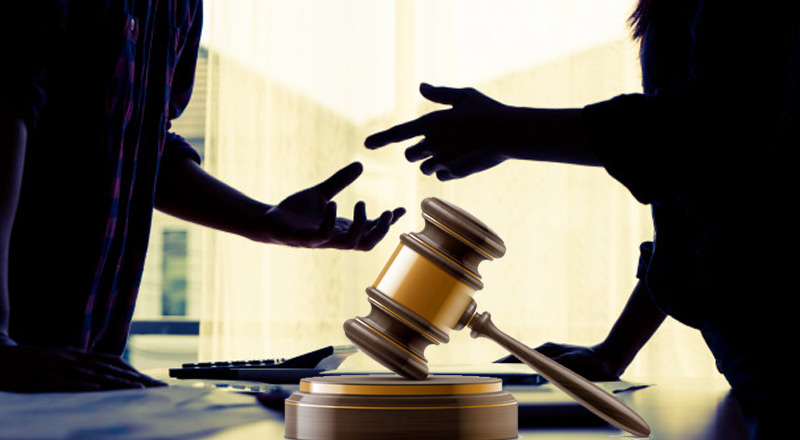 “TALAQ” a procedure for dissolution of Muslim marriage (nikah). It is commonly translated as “repudiation” or simply “divorce”. The marriages are made in heaven and broken on the earth, this statement seems to be conniving on face of it but it is the bitter truth of today’s materialistic world. Talaq in itself carry negative, rude and barbaric connotation because the Holy Quran declares men as the protectors and cast duty on them to maintain their women. Thereby pronouncing Talaq to their women on trifle rivalries or even more than that is a sheer violation of dictats of Holy Quran and also disrespect to humanity.

There are various forms of Talaq in Muslim law:

The logic behind 3 months in finalization of Talaq in AHSAN & HASAN TALAQ is “to anger and to err is in human nature” but if cooling period is given, consequently anger and errors of a prudent person might be controlled and big loss can be dispensed with. Section 300 exception I of Indian Penal Code, 1860 (IPC) mitigates the offence of murder to culpable homicide not amounting to murder when death is caused on grave and sudden provocation, section 76 & 79 of IPC is based on principle of mistake of fact is excusable in law and thereby provides complete immunity from punishment, section 20 of Indian Contract Act, 1872 (ICA) embodies principle of mistake of fact by both parties renders the agreement as void (zero in eye of law). Therefore, act done in mistake, grave and sudden provocation, error, anger shall not stand at same footing with the act done without former elements. There might be some misunderstanding or hot talks or couple fights etc. between husband and wife which is but natural and might be exceeding the limits to be indispensible with cohabiting together thereby pronouncing the “Talaq” is last resort despite of all efforts. An institution which is made in heaven shall not be ended in fraction of seconds by mere pronouncement 5 letter word without giving it a second thought and without giving an opportunity to rectify the error, anger, misunderstanding etc. “Time is great healer” therefore, 3 months (approx.) is provided to husband for revoking his decision on ending the nikah. The indicia of same rationale is evident in article 72 of Constitution Of India, a convict with death penalty finalized by apex court, shall be given an opportunity for mercy plea to The President of India who has the power to grant pardon.

TALAQ-UL-BIDDAT: Biddat means bad, not provided in Islam, not allowed in Islam etc. Pronouncement of Three times Talaq in one go and in continuity i.e. “Talaq Talaq Talaq” or “I give you triple Talaq”. Talaq becomes final and irrevocable as soon it is pronounced. There is no room to rectify the error, mistake, anger etc. holy Quran does not provide for triple Talaq “A divorce is only Permissible twice after that, The parties should either hold Together on equitable terms, Or separate with kindness. It is not lawful for you, (Men), to take back Any of your gifts (from your wives), Except when both parties Fear that they would be Unable to keep the limits Ordained by God. If ye (judges) do indeed Fear that they would be Unable to keep the limits Ordained by God, There is no blame on either Of them if she give Something for her freedom. These are the limits Ordained by God; So do not transgress them If any do transgress The limits ordained by God, Such persons wrong (Themselves as well as others)” —-Surah Al-Baqarah verse 229. The constitutional validity of triple Talaq was first time challenged in Rehmatullah v/s. State of U.P, it was held by Allahabad HC as arbitrary and unjust. In appeal Supreme Court held it is valid but attempts should be made to prevent its vigor. On 22nd August 2017 Supreme Court of India in case of Shayara bano v/s. Union of India declared practice of Talaq-e-biddat (triple Talaq) as unconstitutional by 3:2 majority. The 5 judges’ contutional bench was known as secular bench in this case.

Triple Talaq was instant and irrevocable it is obvious that any attempt at reconciliation between husband and wife by two arbiters from their families, which is essential to save the marital tie cannot ever take place. However, irony was depite this kind of Talaq was neither approved nor allowed by holy Quran still it was most practiced form of Talaq in India. Supreme Court has curbed its menace by progressive approach.