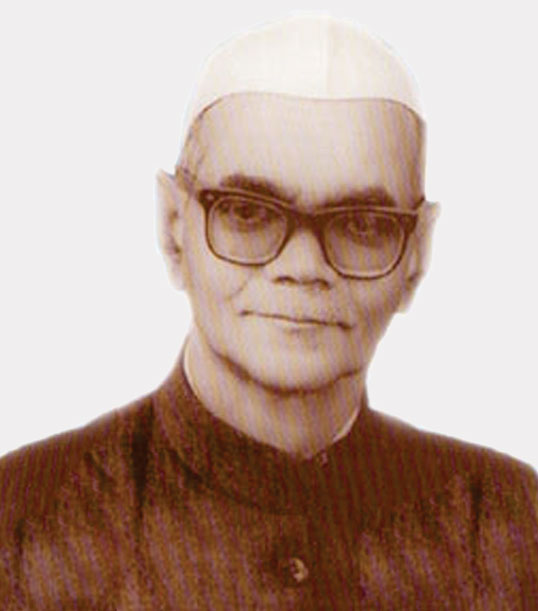 Shri Ram Murti Ji was a veteran freedom fighter. He was so much impressed with the speeches, the logic and the sentiments of Gandhi Ji that he courted arrest while studying in Banaras Hindu University. He took part in all satyagrahs and Quit India Movement launched by A.I.C.C. under the matured and dynamic leadership of Gandhi ji. He was jailed several times during freedom struggle and was sentenced Kaal Kothri for two months. He was a true Gandhian.

He completed his primary education from Bareilly. He then graduated from BHU, Varanasi and pursued his Master & Law degree from Lucknow University. He learnt lesson of â€œNisswarth Sewaâ€ from Mahamana Madan Mohan Malviya and under his guidance practiced it with utmost devotion and determination. He also served as a volunteer at Allahabad Kumbh.