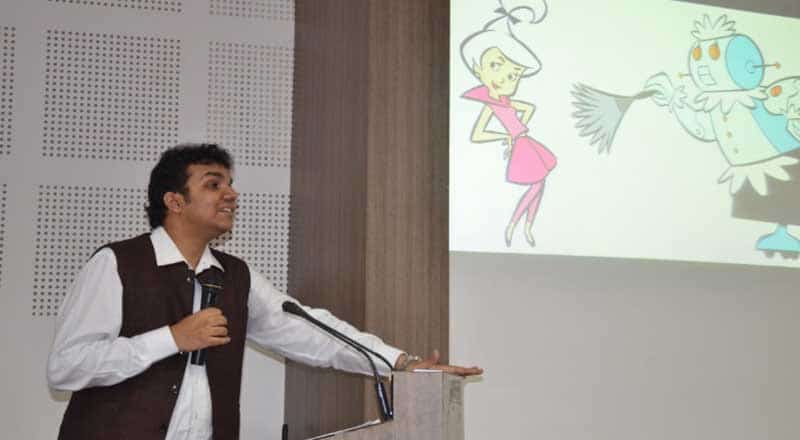 Mr. Milind Rajis a technology entrepreneur, futurist, and an enthusiastic speaker on both technology and motivation. His world-class flying robotics innovation was launched, appreciated, and awarded by none other than the 11th President of India, His Excellency Dr. A.P.J. Abdul Kalam. As a mark of distinction, ‘The Missile Man of India’ Dr. A.P.J. Abdul Kalam had bestowed on Mr. Raj the title of ‘Drone Man of India’. Mr. Raj has developed an Artificial Intelligence Humanoid that will be launched by the Hon’ble Prime Minister of India Shri Narendra Modi on 21 February at Uttar Pradesh Investors Summit 2018.

Recently Mr. Raj has successfully invented the world’s first intelligent ‘PortBOT’ which has been appreciated in Sri Lanka, Bahamas, and in many sea-ports in India. He was awarded by Former Chief Minister of Uttar Pradesh Shri Akhilesh Yadav for his world-class innovation in robotic policing and monitoring technology in 2015. Mr. Raj has also received the ‘Social Excellence Award’ from the Indian Youth Forum (IYF) for making robots for social cause.

In the guest lecture attended by students of SRMS IBS and SRMS CET, Mr. Raj shared in-depth insights on Artificial Intelligence and the relationship between humans and robots.Emphasizing the importance of positive and humble attitude marking the words and teachings of His Excellency Dr. A.P.J. Abdul Kalam, he also motivated students to think beyond horizons to pursue their dreams. The active interest and enthusiasm of the students could be gauged by the high level of interaction generated by the session. 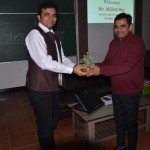 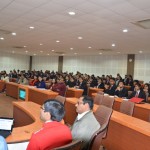 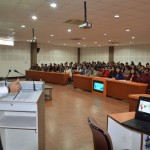 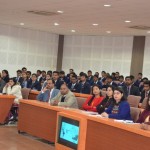 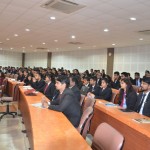 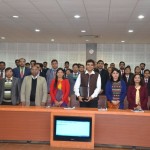