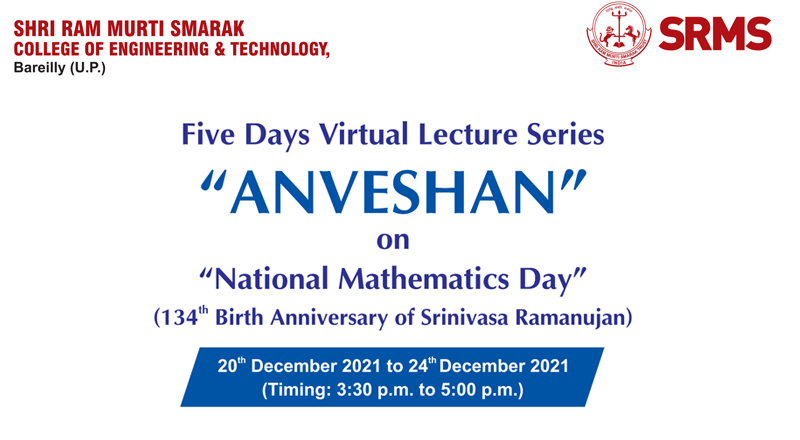 About the Virtual Lecture Series:

Every year 22nd December is celebrated as National Mathematics Day in India. The great Indian mathematician Srinivasa Ramanujan was born on 22 December 1887 and died on 26 April 1920. To recognize his immense contribution towards mathematics, the Government of India had announced to celebrate Ramanujan’s birthday as “National Mathematics Day” every year. Though he had almost no formal training in pure mathematics, he made substantial contributions to mathematical analysis, number theory, infinite series, and continued fractions, including solutions to mathematical problems that were considered unsolvable. During his short life, Ramanujan independently compiled nearly 3,900 results (mostly identities and equations). Many were completely novel; his original and highly unconventional results, such as the Ramanujan prime, the Ramanujan theta function, partition formulae, and mock theta functions, have opened entire new areas of work and inspired a vast amount of further research.