26th January 2021, Near Academic Block- 26th January is indeed a very consequential day for the entire nation. It makes our heart swell with pride to acknowledge the fact that it was on this day when our Constitution came into effect and we got our democratic rights and privileges. 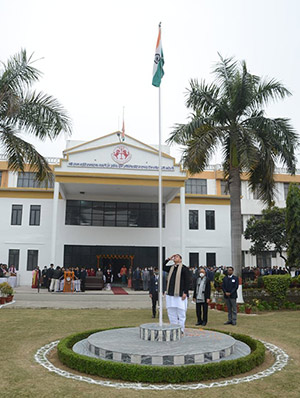 It was amid a feeling of jingoism and love for the nation that the tricolour was unfurled by Honourable Chairman Sir which was followed by a patriotic song by the choir.

Thereafter, Dean Academics addressed the audience accentuating the significance of the day. He mentioned about the four government aided projects of 2020 including Shubham Dixit’s Wireless charging of vehicles and Shubham Mishra’s Mechanical Designing project. After that, he requested Chairman Sir to distribute scholarships to the deserving students.The highest scholarship was given to Miss Pankhuri Saxena, Mr. Harsh Srivastava and Mr.Jyotirmay were awarded the Best Engineer award 2020. 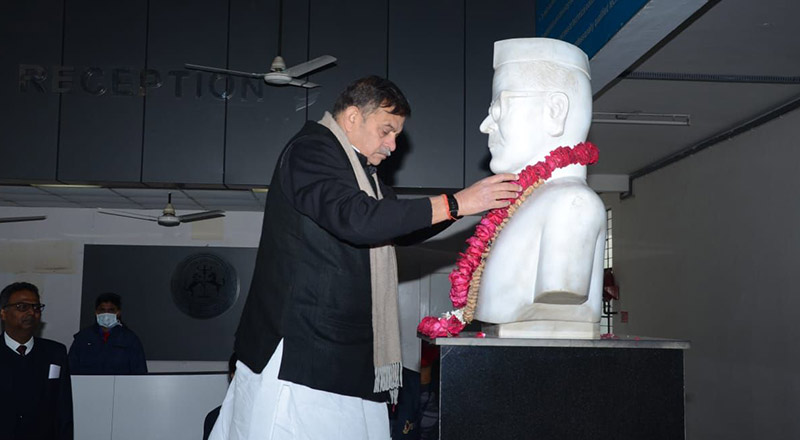 Henceforth, Chairman Sir was invited to address everyone with his inspiring words. He started his speech with giving warm wishes on the occasion of 72nd Republic Day and remembered the efforts of freedom fighters in making India an independent country. He congratulated all the scholarship holders and encouraged others to work hard for the same. 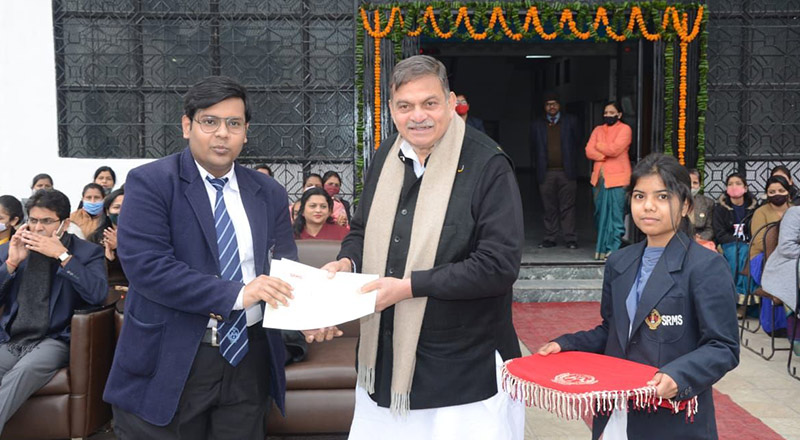 In the end, vote of thanks was given by Tyro Secretary, Hutashan Raj Srivastava, which was followed by sweet distribution.