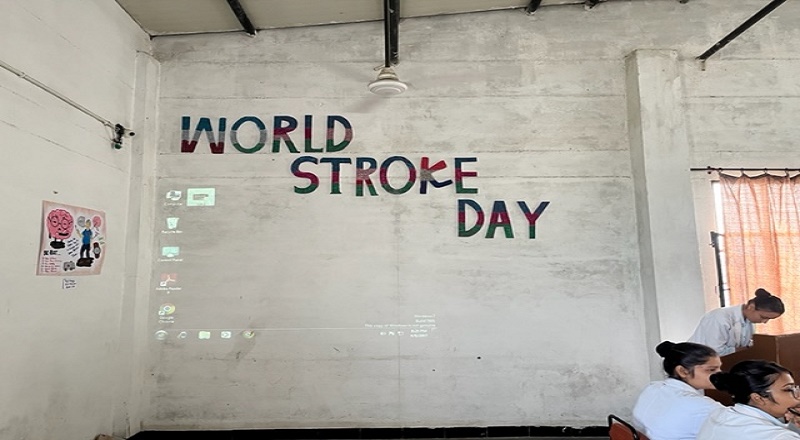 With an aim to encourage and educate people to understand the importance of stroke signs and symptoms and get an early diagnosis to prevent complications, World Stroke Day was celebrated by Medical Surgical Department of SRMS College of Nursing on November 01, 2022, wherein a quiz and poster presentation activities were conducted.
The event was graced and supervised by College Principal, Professor Rintu Chaturvedi in the presence of nursing facilities as well as students, who explained about the causes, types, symptoms and way of preventing the stroke. This was followed by a welcome speech by Presha Maria Julius of B.Sc. Nursing second year. The program was well coordinated by Rahul Kumar and Anju Singh, Assistant Professor (Medical Surgical Department) at SRMS College of Nursing.
The event began with an interesting quiz competition, based on stroke, which was conducted by B.Sc. Nursing second year students. This activity was divided in four groups and the first two winners were Shivam Trivedi and Priya Sahni (B.Sc. Nursing third year), and Kajal Koranga and Nisha (B.Sc. Nursing second year) respectively.
In the colorful poster competition that was prepared and presented by GNM and B.Sc. Nursing students, the first, second and third place was grabbed by Kajal Koranga (B.Sc. Nursing second year), Suraj Singh Rawal (B.Sc. Nursing second year) and Rishi Tomar and group (B.Sc. Nursing first year) respectively. Later, in the end, vote of thanks was given by second year student of B.Sc. Nursing, Ankita Minhas. 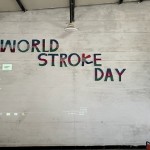 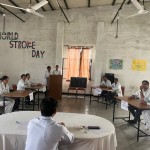 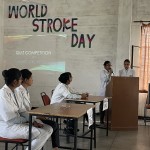 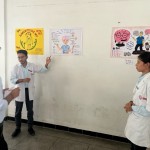 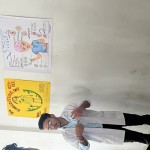 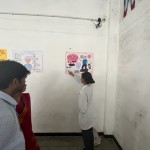 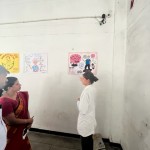 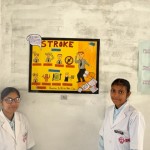 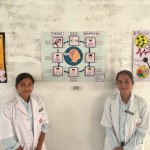 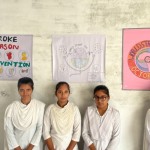 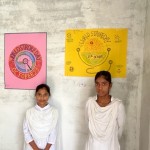 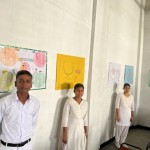 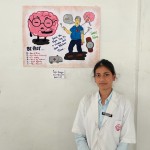 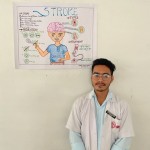