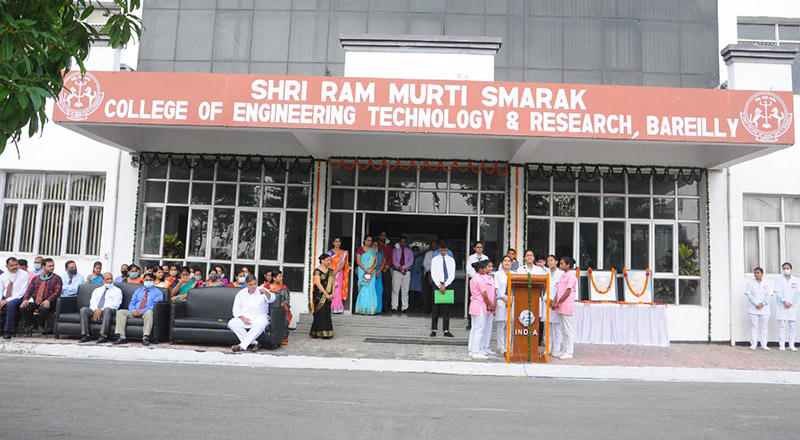 Saturday, October 2, 2021, is the 152nd birth anniversary of Mohandas Karamchand Gandhi. Trust SRMS also paid homage to the Father of the Nation on this day. The inaugural of Gandhi Jayanti began at 09:15 a.m. in the main ground of campus in the presence of Hon’able Chairman Shri Dev Murti Ji, Trust Secretary Shri Aditya MurtiJi, Principal of SRMS CET&R Dr. Ritu Singh and Principal of Nursing Dr Shamshad Alam, Dean Student Welfare Er. KK Agarwal, The MOC of the event was Mr. Ankit Sharma, who welcomed all the dignitaries by honoring them with saplings and requested them to start the event with Flag hoisting & Flower offering to Mahatma Gandhi, Lal Bhadur Shastri and Late Shri Ram Murti, Shri Ram Murti Ji was a veteran freedom fighter. He was a true Gandhian. and a member of the U.P. Assembly from 1946 till 1977. In 1977, he represented Bareilly in the Lok Sabha.

Thereafter, students of Nursing and CET&R presented patriotic song. At Last, the vote of thanks was given by the VERVE Secretary “Ankita Srivastava”. 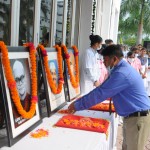 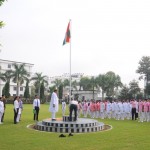 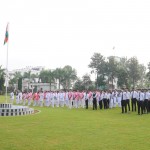 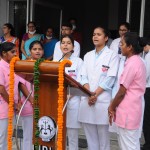 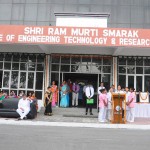 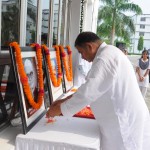