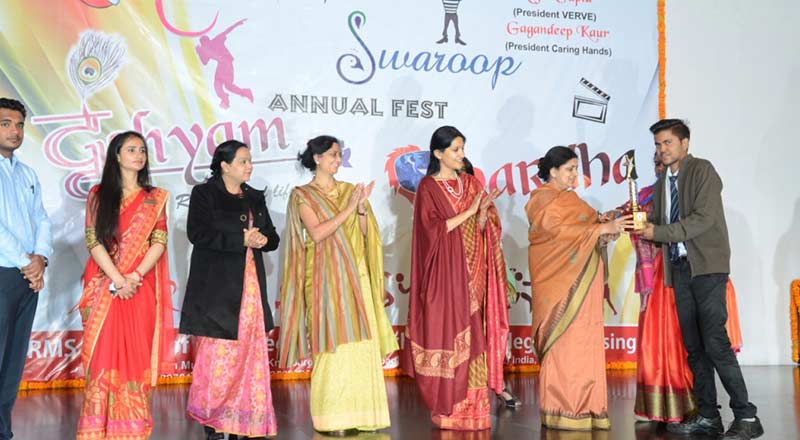 Winning and losing are both very temporary things. Having done one or the other, you move ahead. Gloating over a victory or sulking over a loss is a good way to stand still.”

On 15 and 16 February 2019, Spardha and Spandan-Swaroop, the hugely popular sports and cultural fests of Shri Ram Murti Smarak College of Engineering, Technology & Research, Bareilly and SRMS College of Nursing were hosted with much enthusiasm and energy. The two-day extravaganza witnessed over 300 students from different colleges across North India fighting for the top honours. Students of the various cultural societies of the college synergized their efforts towards a plethora of scintillating performances in the form of traditional, fusion, and western dances, exhilarating singing performances, and a few fillers, making it a soulful evening. As competitive spirit was on full display during the various sports and cultural events, so was easy camaraderie. This made for true success, both for the participants and organizers.

Organized by the VERVE Club & Caring Hands Club, Drishyam -A Reflection of Life was this year’s theme. The organizers ensured all participants received a warm and colourful welcome on the day of the fest. The cultural segment, Spandan-Swaroop 2k19, was then inaugurated by Shri Dev Murti with the ceremonial lighting of the lamp and Saraswati Vandana by Choir. In his speech the Shri Dev Murti Ji inspired the students to put their best step forward in different arenas and do justice to their talent. He motivated the students by saying “Good, better, best. Never let it rest. Until your good is better and your better is best.”Cultural programs, including a sensational act and dance performance marked the opening ceremony.

Another important highlight of the proceedings was the inauguration of the Spardha-2k19 with ribbon cutting Ceremony by Shri Dev Murti, Chairman, SRMS Trust. This fest is a amalgamation of various activities which are thoroughly charted to give a complete mix of cultural events Over the course of two days, many fun-filled events ensured that the tempo was maintained and the audience had edge-of-the-seat excitement.

Movie Quiz, One-Act, Karaoke, Duet Song, Mime, Rangoli, Food without fire ,Kite Flying, and Dumb Charades were some cultural events that saw enthusiastic participation. The Street Play competition had spectators glued to their seats and Group Dance was a huge hit. Of course, the Street Battle was attracted a large audience.

The sports events were not to be outdone. Badminton, Football, Kho Kho, Volleyball and various Athletics events, had the students rooting for more. Each participant was doing everything possible to bag the winner’s medal. After all, it wasn’t just personal achievement but also a matter of pride for their respective colleges. In a competitive environment like this, it was heartening to see students cheering every valiant effort on the sporting arena.

Of course there had to be winners and they were felicitated in a star studded closing ceremony. Shri Dev Murti, Mrs. Asha Murti, Mrs. Richa Murti, Er. Subhash Mehra, Prof. Prabhakar Gupta (Dean Academics), Dr. Rajesh Tyagi Dr. Deepa Rani, Dr. Ambika , Er. Shailesh Saxena were present on the occasion. At the end, the vote of thanks is presented by Rajat Gupta, President VERVE.

Solo Dance, Drama Legend, and Mehendi were some of the cultural events which saw participants from SRMS CET&R, Bareilly coming on top. The home team also bagged Girls and Boys Kho Kho, Girls Volleyball, Girls Badminton Doubles, and the prestigious Basketball top prizes to leave their mark on Spardha 2k19. Open Mic and DJ Night brought the proceedings to a fitting end as students mingled and danced to the music in the air. Best Players in Spardha 2k19 are Mr. Shispal and Ms. Karandeep Kaur .All considered, Spardha and Spandan-Swaroop helped create memories for a lifetime. 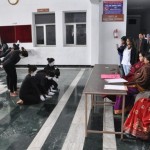 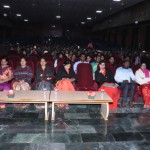 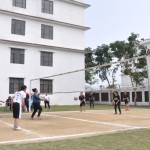 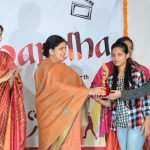 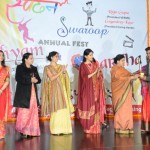 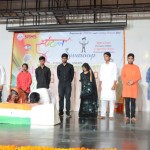 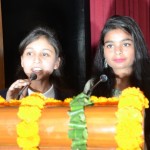 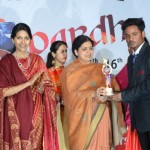 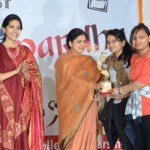 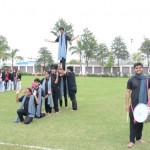 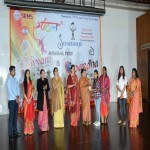 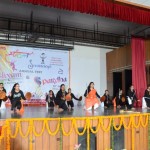 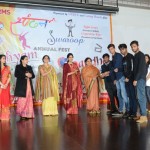 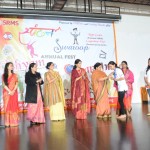 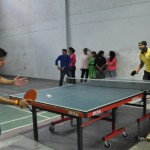 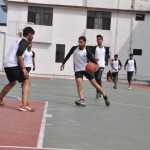 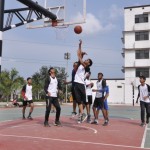 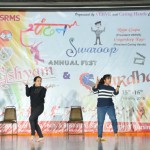 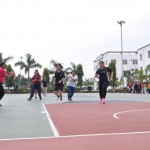 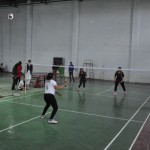 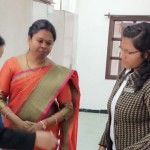