On Monday, 1st October 2021, the Wing of VERVE Club, Exprimo organized a street play “Fake Nationalism” The play started in the campus of SRMS CET&R with the presence of Hon’able Chairman Shri Dev Murti Ji, TDP Head Anuj Kumar, Principal of SRMS CET&R Dr. Ritu Singh, Dean Student Welfare Er. K.K Agarwal, Chief Proctor Rajeev Kumar Pandey. The Father of the Nation, one of the architects of our Independence, Mohandas Karamchand Gandhi, later known as the Mahatma Gandhi, was born on 2 October 1869. This play presented about fake nationalism, The plot of the story was based on Fake Nationalism. The idea based on how people nowadays are only respecting symbolic representations of the nation such as the national flag but being cruel towards the citizens of the country.

The students made concerted efforts to realize us the values of Bapu Ji. The vibrant and energetic performance of the students created aura of patriotism before the occasion. 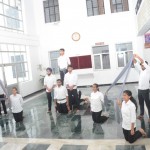 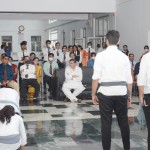 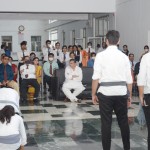 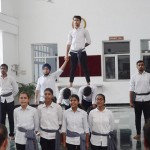