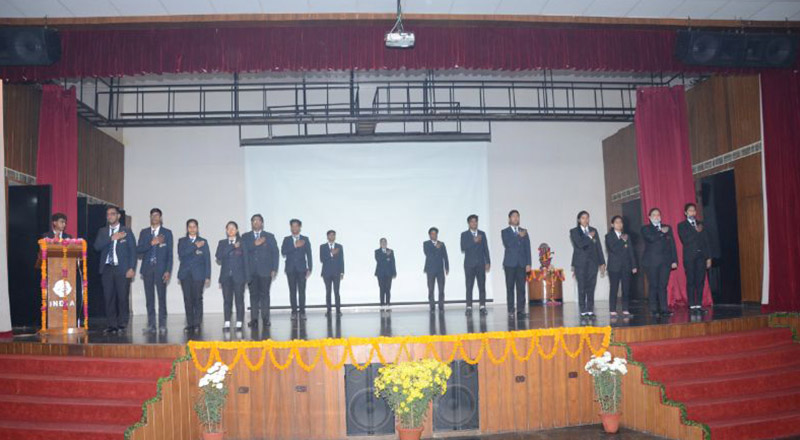 Verve secretary for the session 2019-20, Mr.Aniket Sharma was invited for his last speech as the secretary of the student welfare association. His words were beautifully combined together and left everybody awestruck as he spoke all that was the need of the moment. It was followed by a video, which gave a glance to the journey of verve 2019-20 and presented the annual report of the team. After this, the most awaited event took place, the Oath Taking Ceremony. The top panel of verve 2k20 including President Mr.Utkarsh Singh Srinet , Secretary cum Treasurer Mr. Paras Pradhan , Ms.Ankita Shrivastva, Vice Presidents Ms. Amrita Mishra and Mr.Vaibhav Tamta , Joint Secretaries Mr.Ankit Sharma and Ms.Prerna Jain took the oath.

President 2k20 spoke his heart out on this occasion. The gathering was later blessed by the words of Hon’ble Chairman Sir Sri Dev Murti. He distributed gifts and certificate for the top panel of 2k19.

The ceremony was ended with a vote of thanks delivered by Secretary Verve 2k20 Ms. Ankita Shrivastva 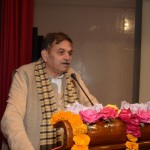 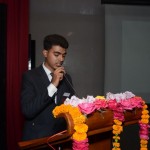 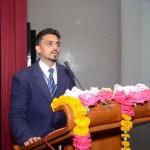 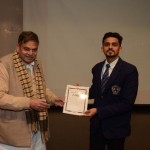 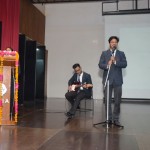 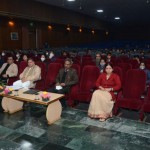 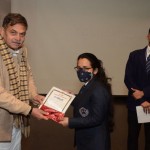 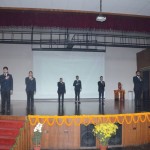 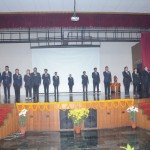