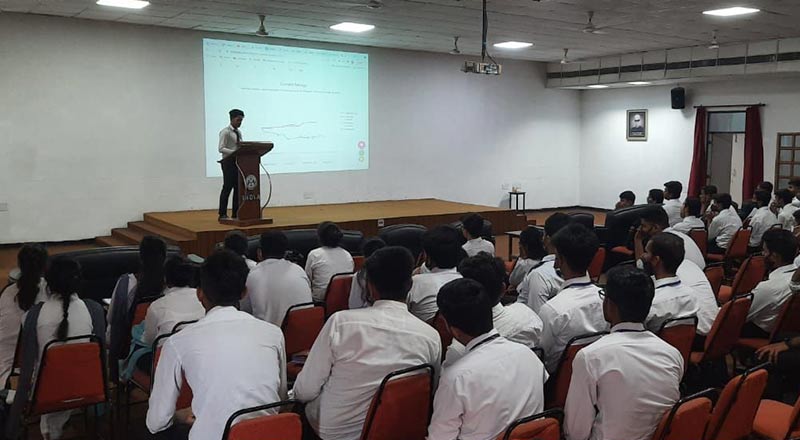 On 8th April 2021, Ritik Srivastava, BTech 3rd year student , Computer Science and Engineering branch conducted a seminar on “How, When and Why to start Programming” for first and second year students in Mini Auditorium in SRMSCET & R. Students were shared 450 questions of algorithm and informed about books , lectures required for the preparation of an interview.

First one International Collegiate Programming Contest (ICPC) is an algorithmic programming contest for college students. Teams of three, representing their university, work to solve the most real-world problems, fostering collaboration, creativity, innovation, and the ability to perform under pressure. Through training and competition, teams challenge each other to raise the bar on the possible. Quite simply, it is the oldest, largest, and most prestigious programming contest in the world. After that he discussed about Amazon Wow which is offering internship and full-time software development opportunities to female candidates through the Amazon WoW program. Students from any college across the nation can apply for this opportunity. Next he discussed about Facebook Hacker Cup which is Facebook’s annual open programming competition open to participants around the world. He also discussed about Code Jam which is Google’s longest running global coding competition, where programmers of all levels put their skills to the test. Competitors work their way through a series of online algorithmic puzzles to earn a spot at the World Finals, all for a chance to win the championship title and $15,000. At last he discussed about Hash Code. Hash Code is a team programming competition, organized by Google, for students and professionals around the world. You pick your team and programming language and we pick an engineering problem for you to solve.

Students were also informed about the contest which our college is going to conduct on 10th May. On the basis of which a team of 10 coders will be selected. Students were given a basic knowledge of how to do placement works and how to achieve the goal in life. Students were motivated not to give up in life whatever the challenges are. 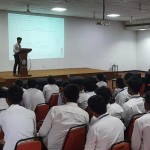 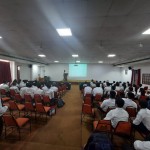 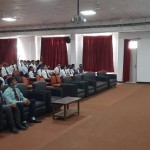